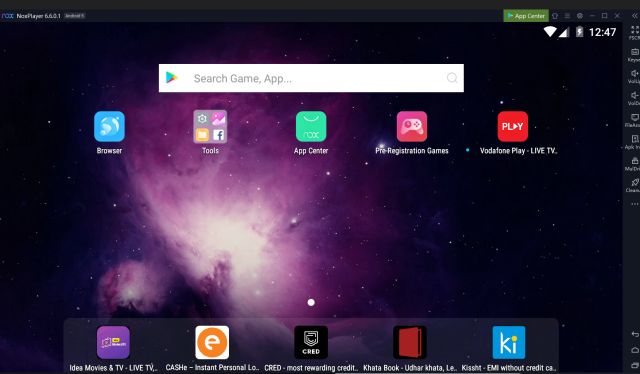 Developers use the emulators for testing their applications on various platforms, be it Android or iOS. BlueStacks and Genymotion are some older yet the best Android emulators available.

However, there are many latest emulators like GameLoop, MeMu, and Nox Player, which have gained a lot of popularity in recent years. So, if you are also switching from a mobile to the Windows for the Android apps with keyboard and mouse support, then here are 10 best Android Emulators available for PC:- 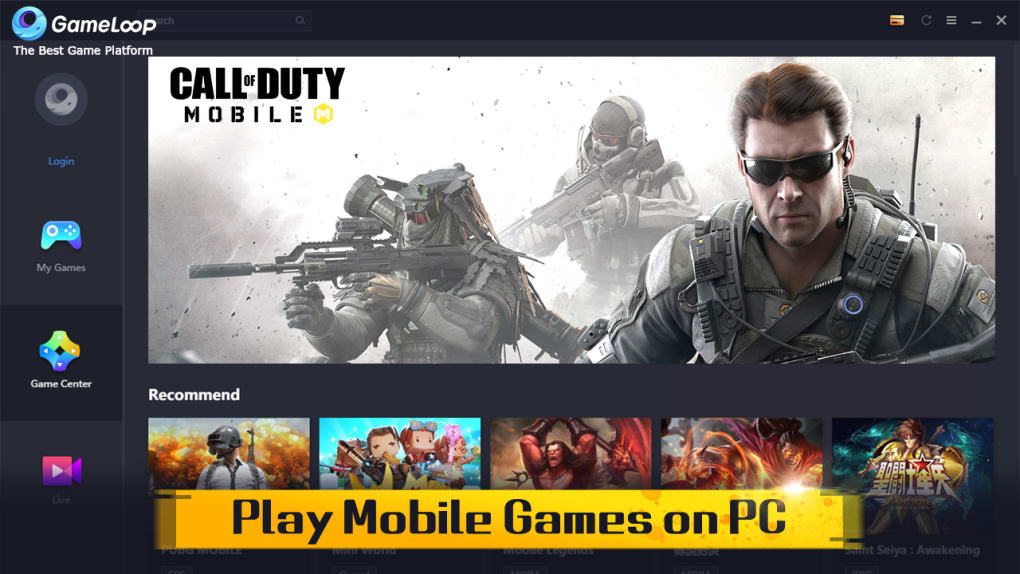 GameLoop is a very common Android Emulator among gamers. Popularly used for COD Mobile and PubG game support on PC and Desktop, GameLoop also supports other Android Games with free installation and easy usage. It is a blessing for all the gamers as it offers a smooth keyboard control and mouse control during a game with decent performance. However, GameLoop does not support any other Android application and cannot be used for testing and development. 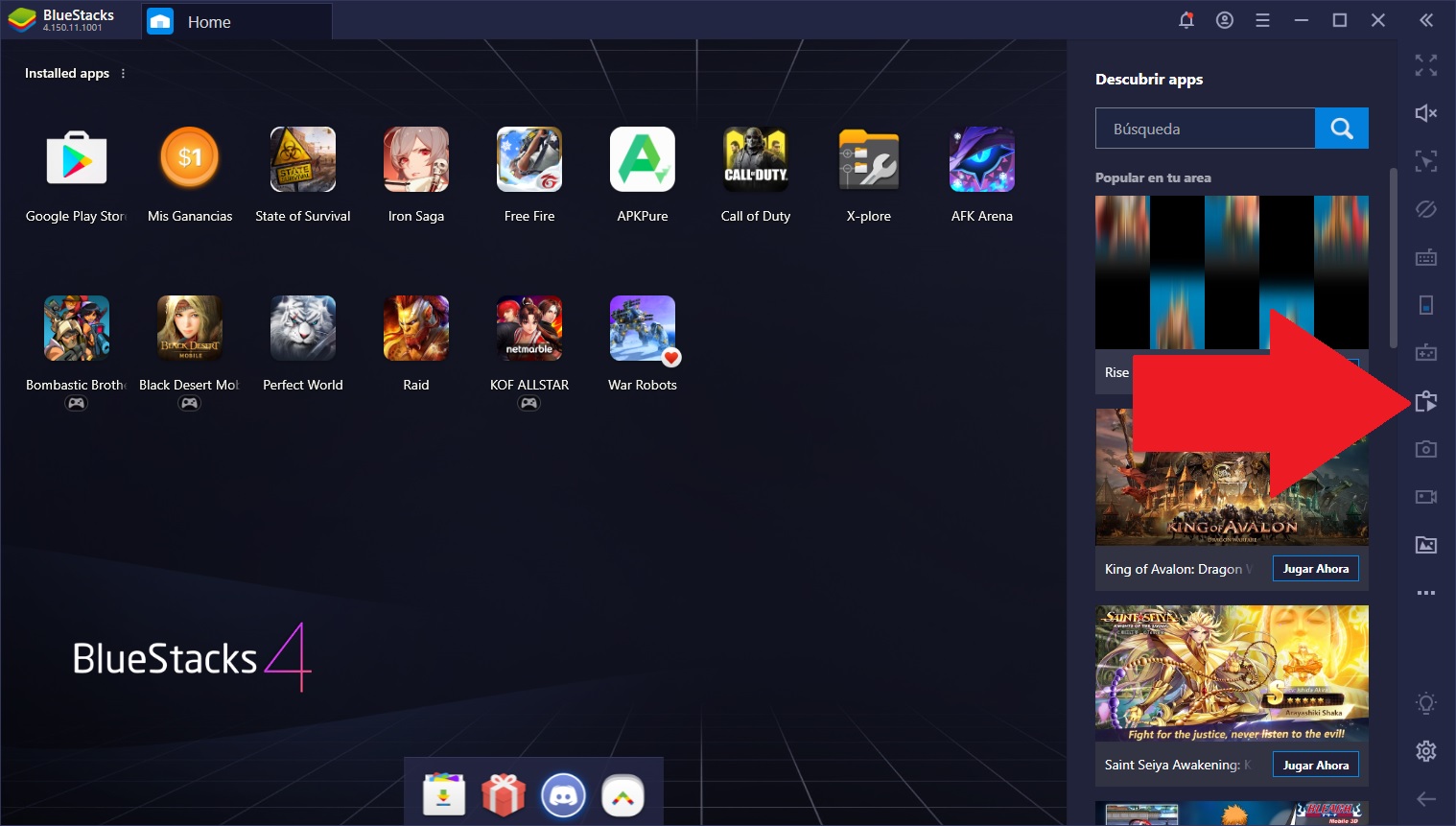 Another Android Emulator used by the gamers frequently is BlueStacks, which operates on both Windows and MAC. The emulator is specially designed for regular gamers with keyboard mapping and a separate game store of its own. Very fast and feasible in usage, BlueStacks is one of the best free Android emulators for PC. However, there is also an option to upgrade for a premium account for better features and customizable graphic interface controls. Another perk offered by the BlueStacks among other Android Emulators for PC is the multiple runs for various games in one go. Light in use, with less RAM requirement, BlueStacks is a thumbs up. 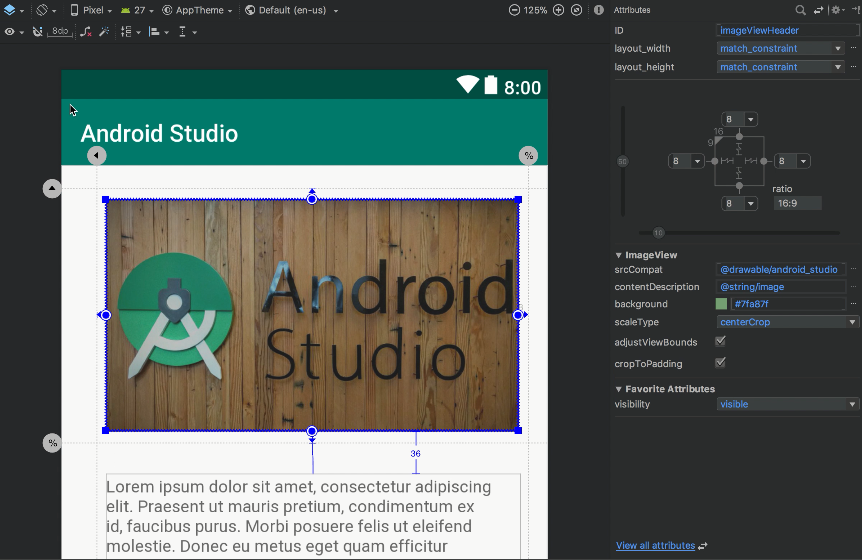 Android Studio Emulator is one emulator that is more useful for developers rather than gamers or commoners. A default emulator that comes with Android and developed by Google itself provides quite a several tools and plugins. The designing and fabrication of the emulator are in such a way that it supports the development and testing of the applications effectively. Not intended for gaming and normal use, the app is a little complicated to use but does wonder for a developer with Kotlin’s support.

Genymotion is another great emulator for developers that is compatible with use on Android SDK, Android Studio, MAC, and Linux. The variety of tests on different platforms offered by this emulator makes it even better for the app developers. Other than this, the emulator’s compatibility on both desktop and cloud lets the users take more advantage of it. It is normally not preferred for use amongst normal users, and all its features incline developers to use. 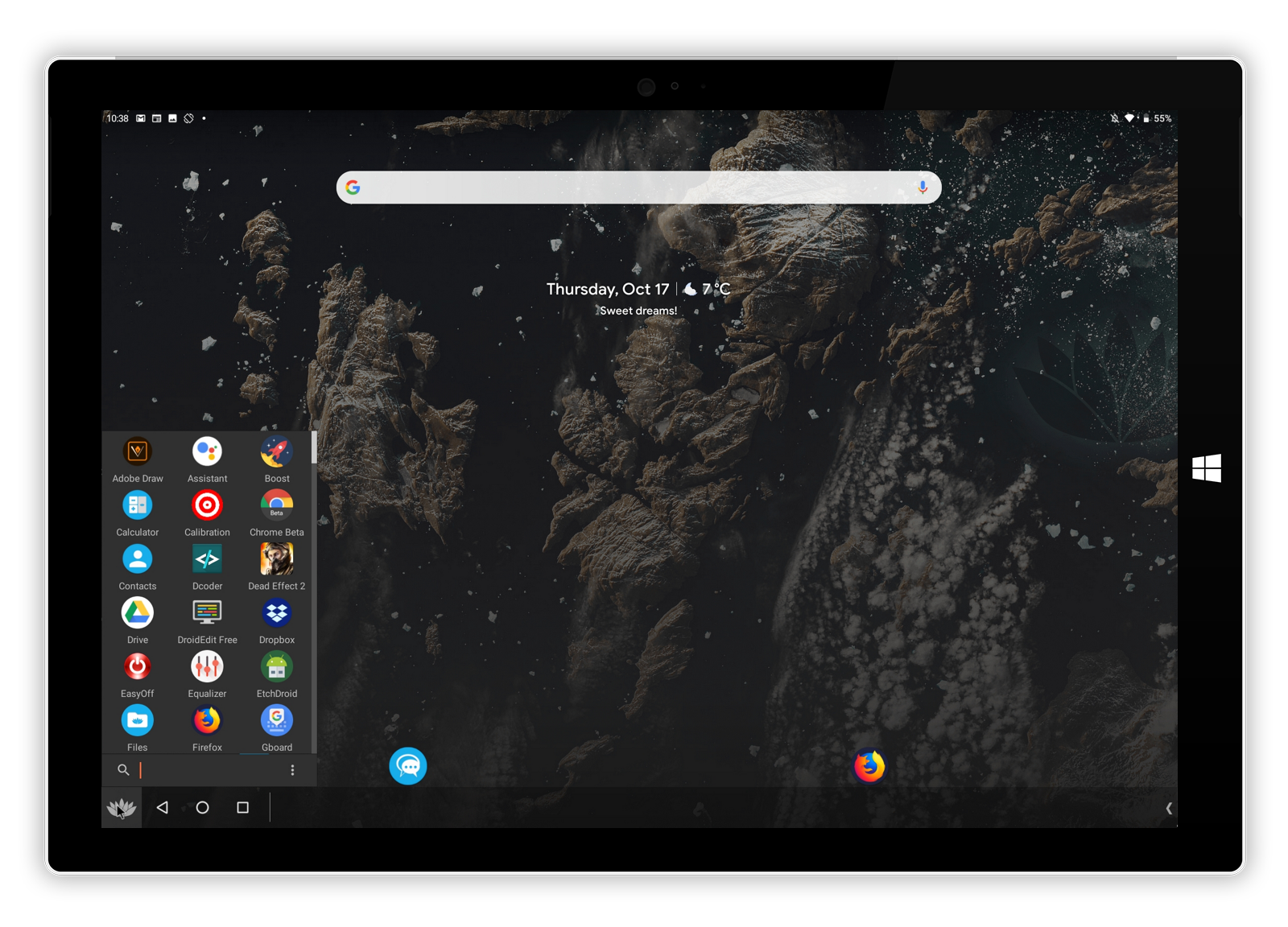 Different and complicated yet one of the best emulators for PC, Bliss itself is a separate operating system that runs on Android Oreo. Bliss OS is free to access and is installed either by a Virtual Box or a USB drive. It is a unique emulator with a beta version on the Android 9 Pie. 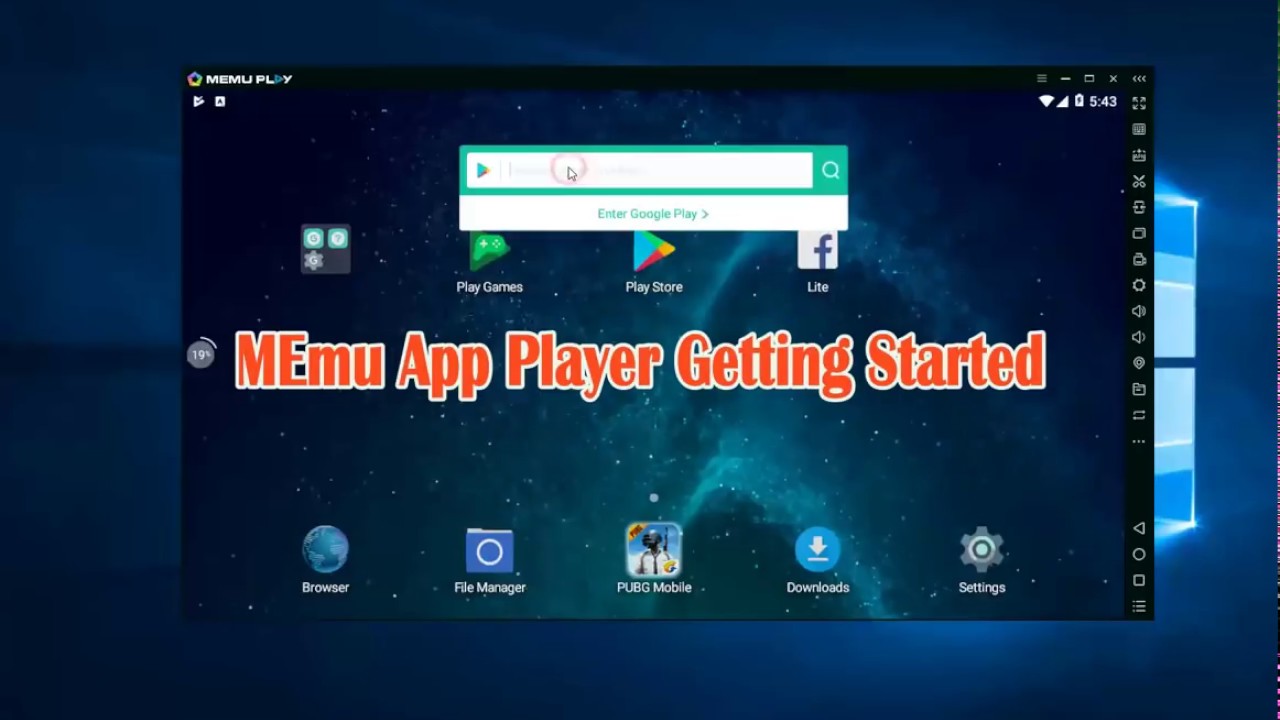 MEmu is a newer and high-performance gaming emulator that works on both AMD and Nvidia Chips. The emulator with high speed also provides key mapping and multiple uses simultaneously. MEmu supports almost all the versions like Android Jelly Bean, KitKat, and the latest version Lollipop. The gamers prefer playing Ingress and Pokemon Go on the emulator. It is also used by developers for productivity and testing. However, it shows more inclination towards gaming simulations. 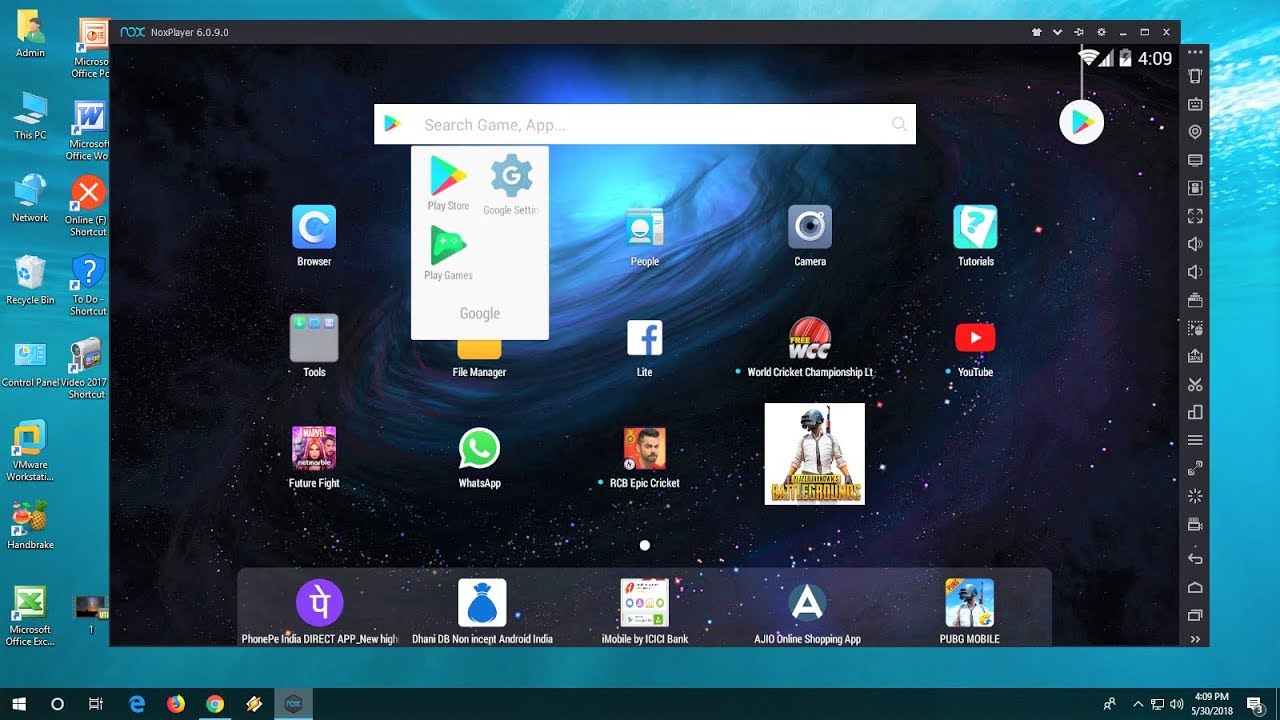 Nox Player is yet another emulator for gamers. It is mainly used for heavy games. There are features of keyboard mapping, mouse, and gamepad controls with an additional one of arrow key swiping. The emulator is heavy and does not support many other Android apps. However, there is an option to set the CPU and RAM usage as per the user’s preference. Easy to use and free to access, Nox Player works on a better interface and allows multiple usages. 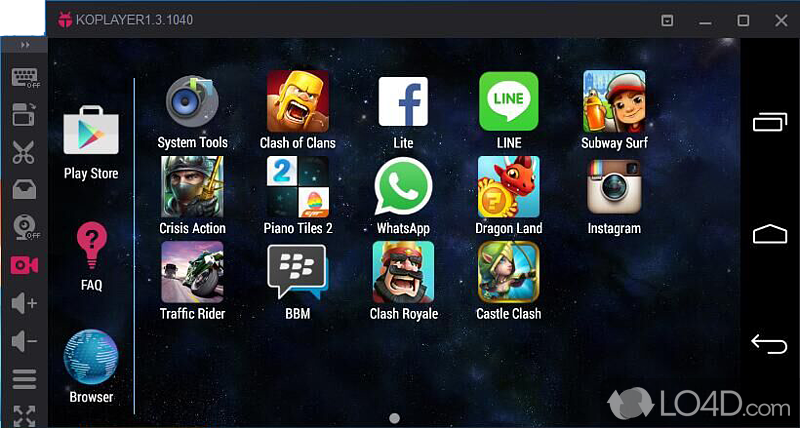 Ko Player is a light and ad-free emulator that supports both key mapping and gamepad controls. Easy to navigate and very simple, Ko player is appropriate for all the gamers on any Android device. The emulator has a simple user interface and supports features like screen capturing, volume adjustment, built-in video recording, etc. It is available on open-source and is free to use. 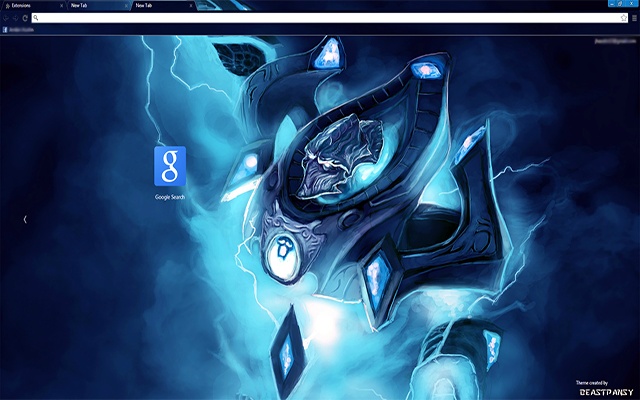 ARChon is a free emulator not for heavy games but easily accessible for major Android apps. The ARChon Emulator is connected with Google and works on Chrome. A lot of steps need to be followed for setting up ARChon, starting from installing it to loading APKs. 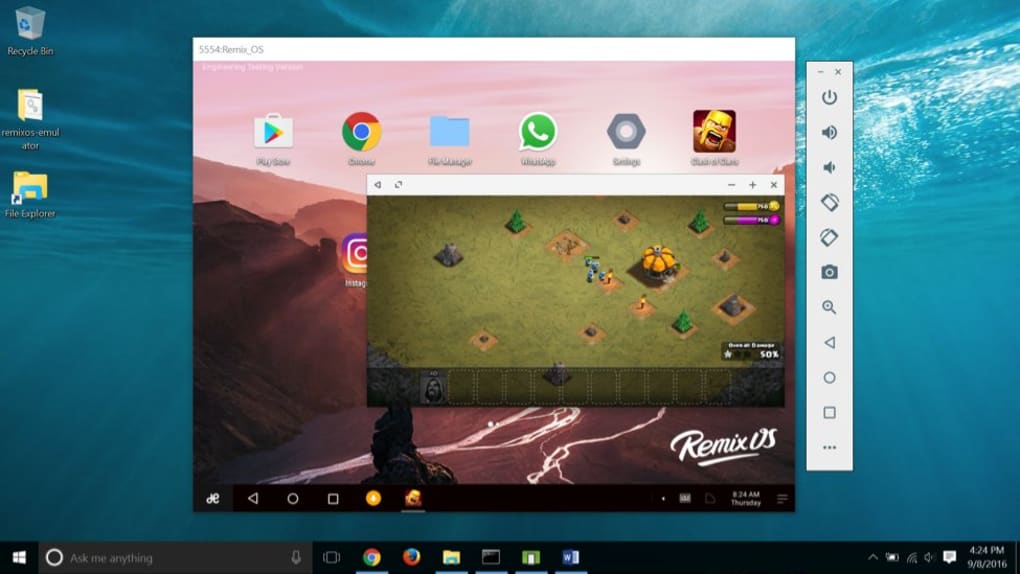 Similar to Bliss OS, the Remix OS player, is the latest technology with the Android Marshmallow support. The Remix OS player is not commonly used for heavy games but is very common for productivity apps. The emulator is developed by Jide Technology, which offers a new file manager and updated Android support to the emulator. It is downloaded separately as an Android Operating System and works on boot or USB drive, unlike other emulators.

So what do you think about these android emulator? Ample of other Android Emulators for PC is available; however, the above listed are some best rated among the top emulators for PC. Other than them, Xamarin, Phoenix OS, YouWave, etc. are emulators that are popular in the gaming and developing forte. All the emulators own their pros and cons, and it is completely on an individual’s choice to select the best for them.  The features, compatibility, usage, and Android support given by different emulators should be studied before choosing the right one for any application. Hence, research and use the best Android emulator for PC for easy navigation and smooth experience. We request you to share this piece of information with others who use emulators. If you think we have missed any information worthy of sharing with other readers, do let us know. We will be happy to update this post. Happy Gaming!