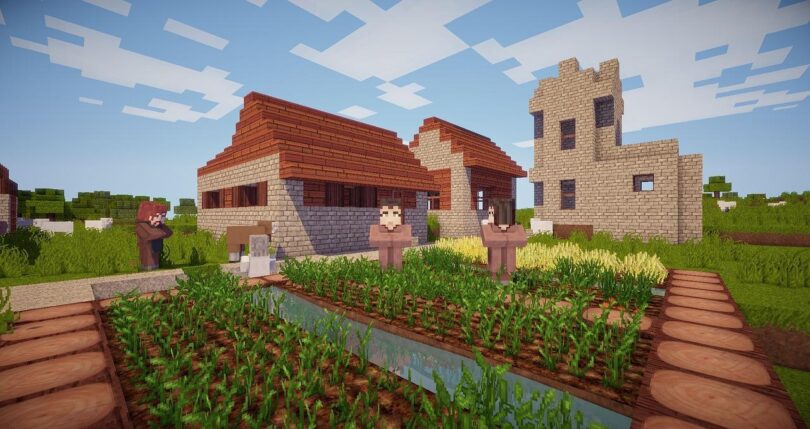 Minecraft is a popular game that many people enjoy playing. The new Minecraft Earth game is a mobile version of the game that allows players to build and explore in an augmented reality world. This review will take a look at the new features of the game and how it compares to the original.

What is Minecraft Earth and how does it work?

Table of Contents Show
1. What is Minecraft Earth and how does it work?
2. The game’s graphics and overall aesthetic
3. How the game encourages exploration and creativity
4. The different gameplay elements that make up Minecraft Earth
5. The verdict – is Minecraft Earth worth playing, and why or why not?
6. Final Words
6.1. Share This Post:
6.2. Related Posts:

Minecraft Earth is a revolutionary take on the classic video game beloved by millions. Developed by Microsoft, this augmented reality (AR) version of Minecraft allows users to bring their creations to life anywhere in the real world with the help of their phone cameras. Through a combination of interactive maps, building blocks, and survival tools, players can explore and create in a 3D landscape right outside their front door!

With its engaging graphics, intuitive controls, and endless possibilities for creative expression, Minecraft Earth is poised to revolutionize how gamers play and interact with the world around them.

The game’s graphics and overall aesthetic

The game’s graphics and overall aesthetic are one-of-a-kind. The characters, levels, and objects have an eye-catching art style that stands out from the crowd. The animations are smooth and transitions are flawless, providing a pleasant playing experience.

The backgrounds and textures fit the setting of the game perfectly; wherever in it you look, there is something interesting to be found. From day to night cycles to changing seasons, this game does not disappoint in the visuals it provides its gamers. How the game encourages exploration and creativity

Video games have come a long way since the early days of Super Mario Bros. With the advancement of technology, game developers have been able to provide gamers with expansive virtual worlds full of secrets and interesting characters to explore. Games like Grand Theft Auto V utilize real-world explorable maps while more imaginative titles like The Legend of Zelda: Breath of the Wild allow players to traverse lush landscapes and interact with strange objects that reward creative solutions. Players are rarely stuck on a single path, instead they’re asked to think outside the box in order to progress further.

This encourages exploration and creativity as gamers find new ways around obstacles or make entirely new discoveries rarely documented by other players. Truly, video games have become vehicles for self-expression and exploration, allowing us to delve into unknown worlds where anything is possible.

The different gameplay elements that make up Minecraft Earth

Minecraft Earth is providing players with an innovative way to look at the blocky world within our own. Players can adventure through the augmented reality setting, which brings mini gaming challenges and building projects from the Minecraft universe into their everyday lives.

This location-based free-to-play game allows you to find resources and craft tools to build structures for new in-game adventures, as well as collaborate with other players on a given project at the same time! Filled with fun twists on gameplay elements we’re used to seeing in Minecraft, it can offer exciting new ways of developing skills such as problem solving, collaboration and creativity. So why not try something different that will encourage your imagination and put familiar concepts in a completely new environment?

The verdict – is Minecraft Earth worth playing, and why or why not?

When it comes to deciding whether or not Minecraft Earth is worth playing, the answer largely depends on your gaming preference. Many players enjoy the game for its nostalgic factor, as it provides an expansive 3D world for open exploration. On the other hand, building projects and data gathering activities are possible in the game, making it a great app for players who like to challenge themselves with complex tasks.

For those who enjoy competing against others while still enjoying the classic Minecraft experience – but with a modern twist – there are plenty of intense battles and PvP matches supported in-game. All things considered, if you’re looking for a creative outlet that’s full of exciting adventures and challenges, then Minecraft Earth might be just what you’re looking for.