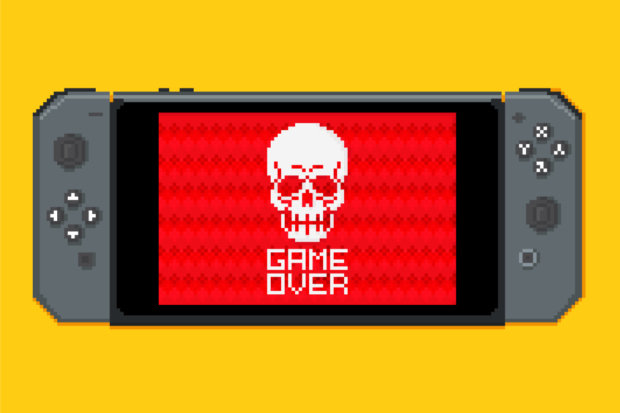 Switches with custom firmware (CFW) are known as Switch Emulators. Unfortunately, they are not very popular among the emulators because of Switch’s portability and the history it carries. Basically, the Switch was hacked as soon as it was launched. It is an open-source emulator, and thus you can contribute to the development.

The Nintendo Switch is a popular hybrid console. It is an indoor video game console that easily supports stationary and portable devices. It is compatible with TV mode and includes the Joy-Con controller.

Nintendo Switch received a fabulous response post the sale of over 32 Million units gaming console in 2018. Further, in the year 2019, it was recorded as the best selling gaming console. The sales were primarily because of the exclusive game titles that include Pokemon: Let’s Go, Super Smash Bros. Ultimate, and many others.

How To Install Switch Emulator

Step 1: Select a picture equal to or smaller to the size of the SD card.

Step 2: If the image is a compressed file, directly write the image to your SD card. The Etcher can manage the compressed image perfectly.

Note: this process will overwrite any already stored data on your SD card. You can ignore all notifications that the system prompts. As per the speed of your SD card, the process may take an hour.

Step 3: Download GApps for Android 8.1. from OpenGApps, use ARM64

Step 4: Place the file on the first partition of your new SD card

Step 6: Place the downloaded file on the SD card.

Note: This will ensure Switch identifies as Nvidia Shield TV and will install the Nvidia app.

Step 7: Select the android configuration, and load Hekate and boot to TWRP by holding VOL+. Ensure that you mount first in TWRP.

Step 8: Next, you need to Flash GApps zip, and optionally flash other zips.

Step 10: Reboot to Hekate and boot into Android

Nintendo Switch Emulator – As Good as the Actual Console

Though emulators are not 100% perfect, yet they have always delivered a great gaming experience. It allows games like Super Mario Odyssey to run at a full 60 frames per second, which matches the performance of an actual gaming console.

Are you looking to run glitch-free classic games from older consoles? Note that it requires a good amount of processing power. Since the CPU has to emulate the chips and the processors’ behavior, the emulated experience is never too great. You may encounter problems with sound and frame rate. But since it is available for free, most of the gamers are happy to compromise with minor issues.

Unlike old consoles, modern consoles function differently. They use graphics card architecture and custom chips based on the same CPU as desktops do. That’s the reason; all emulated games perform quite satisfactory. It is also important to note that software emulators still don’t deliver performance matching the consoles like the Switch. Nevertheless, Yuzu is trying to match the performance.

From the developers of Citra, Yuzu is an experimental open-source emulator written in the C++ programming language.

Why is Switch Console So Popular?

For many reasons, and to name a few: