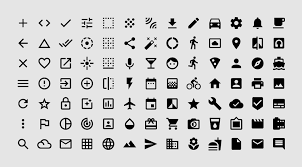 Entebbe, Uganda | THE INDEPENDENT | It was a sad scene at Entebbe International Airport as a group of 12 young Ugandan men and women, some unable to sit or walk, and in tears, returned home and spoke of horror they had endured in Dubai, United Arab Emirates (UAE).

Most had travelled in search of job opportunities but ended up as virtual slaves, prisoners, or homeless destitute. Many had reportedly been held at Al Aweer Deportation Jail for months after escaping from dehumanising work places.

Their return was the handiwork of opposition leader Kyagulanyi Ssentamu aka Bobi Wine who was himself allegedly held for over 12 hours at the Dubai Airport Detention Centre when he travelled there to perform at a charity concert to raise money to enable Ugandans stranded in various Middle East countries return home.

Bobi Wine says his charity concert was cancelled but he was able to visit a detention centre in Dubai and he appears to have been emotional scarred by the wretchedness of the Ugandans and other Africans he saw there.

“We’ve launched a fundraising drive to assist Ugandans detained in UAE (especially Dubai) to return home. For the next 1 week, you may contribute towards this cause,” he tweeted on Oct.13.

It is not clear how successful the fundraising has been but, according to media reports, Bobi Wine wants the government and the ruling NRM party of President Yoweri Museveni to join his campaign to bring Ugandans back from Dubai.

“I call for a joint effort to return these people back home,” he reportedly said, “Government too should. extend a hand.”

He tweeted: “This is a national and indeed African call. I encourage all leaders, political parties, religious institutions, the business community and all people of good-will to pick interest in the plight of our people stuck in detention in the Middle East and support their return home”

According to media reports, Bobi Wine mobilised MPs from his National Unity Platform (NUP) party to raise money for the air tickets.

Bobi Wine’s campaign appears to have caught the government flatfooted and scrambling for a political response of equal measure.

The Minister of Gender, Labour, and Social Development, Betty Amongi, told journalists in Kampala that 420 Ugandans stranded in Dubai will receive free air tickets to return home. She did not say how and from whom.

The Permanent Secretary of the same ministry, Aggrey David Kibenge, has previously said the government is not responsible for organising the going and return of the workers to Dubai.

Media reports quote Kibenge saying about 100,000 Ugandans in the UAE although 20,000 were taken to work there by registered labour externalization companies. He said the government had between August and September repatriated over 1,000 from Dubai to Uganda.

“Some had no travel documents and the government provided them at no cost,” he said but did not show evidence or parade them like Bobi Wine has done.
Uganda is not the only country grappling under the weight of complaints of mistreatment of their citizens who migrate to Arab countries for work but end up as virtual slaves.

According to the International Labour Organisation, youth in sub-Saharan African countries are not faced with unemployment and rates remain relatively low, as the vast majority of employable active youth cannot afford not to work. However, these youth regularly suffer from under-employment and lack of decent working conditions.

Of the 38.1 per cent estimated total working poor in sub-Saharan Africa, young people account for 23.5 per cent. Young girls tend to be more disadvantaged than young men in access to work and experience worse working conditions than their male counterpart. This partly explains why most of the African youth seeking work abroad are girls.

But as reports of their mistreatment; especially in Dubai and Saudi Arabia spread, African governments have been scrambling to return their citizens home.

In August, the government of Ghana had to evacuate 431 Ghanaians stranded in Dubai, comprising 341 males, 88 females and two children below the age of three. They were detained at Al Tawadi Medical Centre. and the Immigration Centre in Dubai together with other African migrants.

In the same month, 33 Gambians detained in Dubai Prison made urgent calls for evacuation to their government.

One youth narrated that 90% of Gambians in Dubai spend nights in open spaces, and during day roam the streets without food to eat or water to drink or clean up. He said although the UEA government announces offers of free tickets for those wishing to return home, most fear to report to the authorities because when they present themselves to the Dubai immigration officers, they are detained at AL- Aweer Prison.

“We are given food to eat in the cells but we live a terrible life,” he said.

Other regions are equally affected. In October 2020, the UAE deported 1,374 more Pakistani and Indians who had sought work in the country and yet had only visitor visas.

The dark side of Dubai

According to ImpACT International for Human Rights Policies, a London based thinktank, although Dubai is often depicted as the fun and finance capital of the UAE, it has a dark side.

“The shameful activities that have now come to light are the recurring racism and exploitation which is frequently committed against migrant labourers hailing from Africa,” it said in a recent report.

It revealed that predominantly black workers are in the process of being forcibly removed from the country in which they have toiled so hard and yet will receive no reward for their work. Furthermore, they, like others before them are being subject to inhumane treatment.

If these crimes were not enough, evidence is emerging that the soon to be forcefully ejected workers face harsh treatment and are trapped in squalid conditions in the migrant centres.

“Indeed, it’s with sadness that ImpACT International can report that at least one imprisoned Nigerian worker has sadly passed away on 22 August. We are afraid other workers might face the same fate at the al-Aweer prison in Dubai,” it said.

“I haven’t done anything wrong to be treated like this. I have worked so hard and instead of being rewarded, I am being imprisoned and humiliated here. I want to go home immediately,” one Ugandan migrant worker told ImpACT International.

Another migrant worker said there are roughly 450 African workers held in detention centers in Dubai, waiting to be forcibly deported to their home countries.

“I don’t know the exact number but they are around 450 people held there. I haven’t been detained yet but I am scared that I would be deported. I have a family that needs my support back home.” he told ImpACT.

ImpACT International said it has received a video showing a number of Ugandan workers protesting against the ill treatment at the al-Aweer prison in Dubai, and calling on their embassy to intervene and take them home.

“This is not the first time repeated infringements are committed against this defenseless people,” it said, “Until such time that nations in the political west stands up for the human rights of those working in states such as the UAE, which has close links with countries such as Britain, it will happen again.”

It added: Popular protests have begun in Uganda and Nigeria, many of the workers come from those Commonwealth countries. These should be heeded, reported on, and inspire action. The International Labour Organisation, an agency of the United Nations, must launch an urgent investigation and global human rights bodies must urge that sanctions be taken against the United Arab Emirates”.

In 2021, the UAE police launched raids in which they arbitrarily detained and deported at least 375 African migrant workers. Many were seized from their homes in terrifying night-time raids, taken to prison where they were subjected to degrading treatment and other multiple human rights violations, before being collectively deported without any form of due process.

Amnesty International document the crimes and said many were detained incommunicado in Al-Wathba prison for up to two months. The UAE police later falsified negative PCR tests for them to travel, stripped them of their belongings, including vital legal documents, and denied them access to legal counsel.

“The authorities have brutalised hundreds of individuals on the basis of their skin colour, ill-treating them in detention, stripping them of their personal possessions and their dignity before deporting them en masse,” said Lynn Maalouf, Deputy Director for the Middle East and North Africa at Amnesty International.

All those interviewed described the same pattern of racial targeting in the apprehensions. Deported residents said there were people of various Asian and African nationalities living together but security forces had targeted the African residents only. Even South and Southeast Asian residents living with Africans were detained.