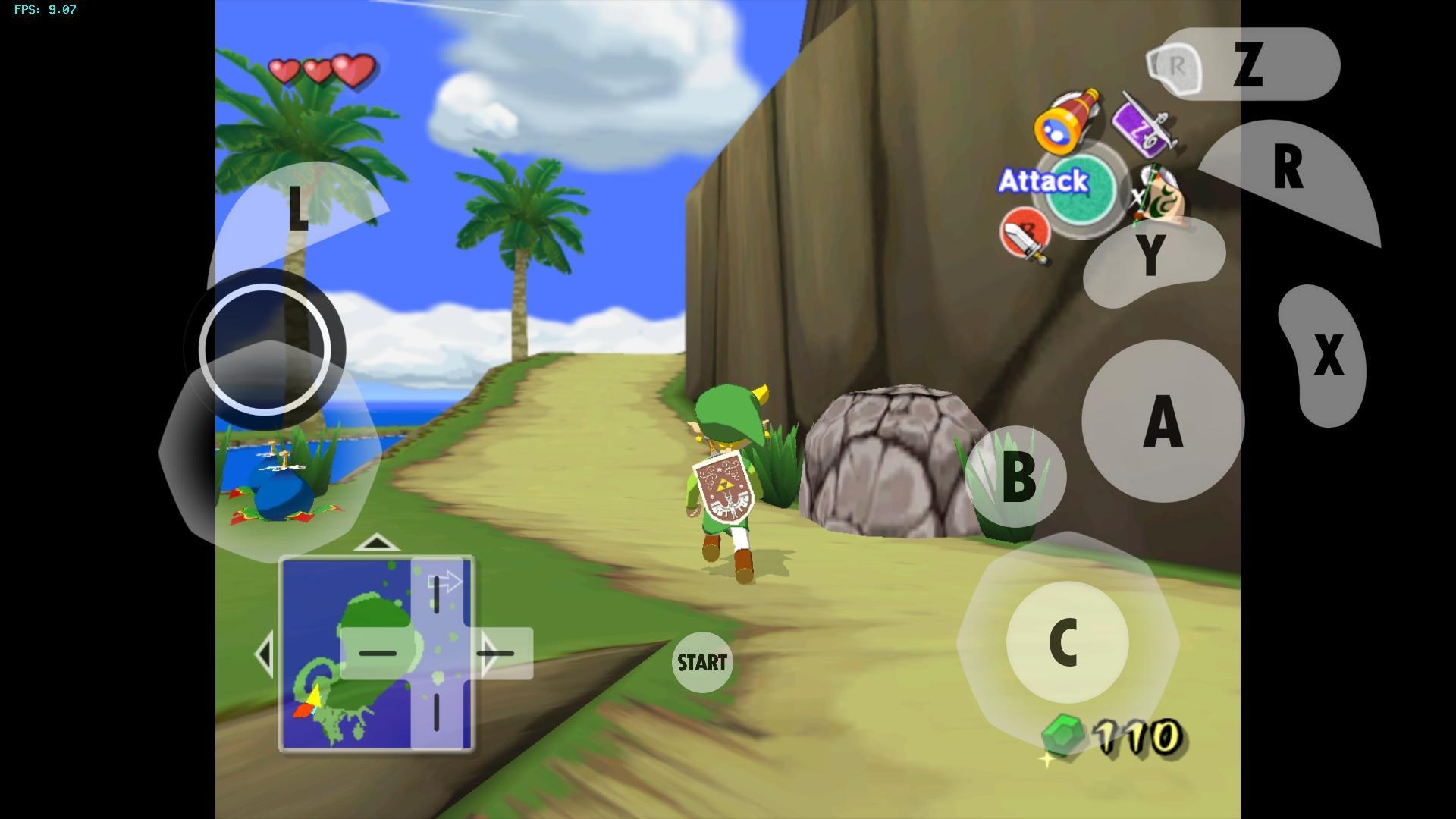 Dolphin Emulator Android – Originally born as a GameCube emulator, the Dolphin emulator has gradually evolved to support Wii games as well, since the two consoles are very similar.

Unfortunately, given the modest power available to mobile devices, the emulation is not yet perfect. Even Nvidia Shield, despite the recent Dolphin tests that have introduced 64bit support, is not able to offer complete emulation of the more resource-hungry titles.

Table of Contents Show
1. Dolphin Emulator Android
2. Hacks:
3. Advanced:
4. Enhancements:
5. Connecting a controller
6. How to get GameCube and Wii games
7. How to get the best performance from Delfino
7.1. Share This Post:
7.2. Related Posts:

Nevertheless, things could change again, thanks to the introduction of support for the new Vulkan API, which should allow Dolphin to make an essential qualitative leap. As many will remember, the Vulkan APIs offer more direct access to the device hardware since they are low-level APIs, allowing you to make the most of all the power made available by the latest GPUs equipped on top of the range SoCs.

Vulkan support has been introduced in Dolphin versions equal to or higher than 5.0-748. If you want to try the new version, you can proceed to download the APK of the latest release directly from the official website dedicated to the project.

This tab is mainly for adjusting settings based on the performance of individual games. You will use it if a specific game is having problems – Dolphin Wiki can instruct you on the necessary settings. Most games don’t need it.

This tab has a few more options for advanced uses. The “Cropping” and “Borderless Full Screen” options are probably the ones most users will want to try, but “Show Stats” is useful if you’re trying to compare your system or diagnose a problem.

General: This is where you select the adapter (graphics card), main resolution and aspect ratio (use the default for your monitor), and a few other adjustments. The Aspect ratio is incredibly essential – most GameCube games are set to 4: 3 (for “square” TVs), but some Wii games can be viewed in 16: 9 aspect ratio. You may need to switch between them for the best results. Enable the “Use full screen” option to show games like a TV and disable V-Sync if you see slowdowns.

This tab allows you to add some cool extra effects if your computer is powerful enough. If your computer does not have a discrete graphics card, we recommend that you set the internal resolution to “Auto” or “Native.” If you have a more powerful graphics card, you can try 2 or 4 times’ sharper, clearer graphics. Anti-aliasing and anisotropic filtering will help with “jaggedness,” the visible edges of 3D models. The levels at which they will affect the graphics’ performance will go up as the variables increase. Click “Disable Fog” if you have trouble seeing in-game objects at long distances. Stereoscopy is only needed for users with 3D monitors.

If you don’t have a controller, you can use the keyboard and mouse, which is perfect for GameCube games but isn’t great for Wii games.

GameCube controllers require a USB adapter like this, and Microsoft’s Xbox 360 controller can connect via USB or with a wireless adapter. If you have other Xinput controllers, you can use them too. If you want to join a real Wii controller, choose “Real Wiimote” press and hold 1 and 2 on the controller and click “Refresh” under “Real Wiimotes” until you see your controller.

You can also change the controls very quickly. Click one of the buttons in the menu and press the button on the controller you want to use. Once you are ready, you are prepared to start playing! All versions support most Wii and GameCube games, although newer versions fix many bugs in versions.

How to get GameCube and Wii games

Emulators are commonly used for pirate games, but they can also be used without downloading ROMs, and in the case of Dolphin, you can copy your games to your PC using a Wii. The process is a little tricky and involves installing the Homebrew Channel on your Wii.

In the case of emulation, homebrewing allows you to install games on a hard drive, which can then be connected to a computer for use with Dolphin.

To go this route, first homebrew your Wii and install USB Loader GX. Both can be lengthy processes and may vary based on the version of the system being used. Later, you can use USB Loader GX to copy your game discs to an external hard drive. Each game can take up to an hour to rip and can be anywhere from 1GB to 5GB, although dual-layer discs like Super Smash Bros: Brawl can be 8GB in size. Still, a 1TB drive can hold over 300 games.

It’s worth pointing out that some DVD drives can rip Wii and GameCube games without the need for Wii, although they only apply to a few specific purposes.

How to get the best performance from Delfino

As an emulator, running Dolphin on a PC will give a performance shot over the original GameCube and Wii hardware. If you’re using an older or cheaper PC, you may only be able to play games at their native 480p resolution, but gaming PCs should be able to render GameCube and Wii games at 60 frames per second at 1080p, or even at 4K- and they look great.

A lot depends upon the PC graphics and the processor. For example, if you are using a quad-core processor, you will be able to use settings that allow hyper-thread. But, if you are not, then it will no doubt slow down the performance.