Yuzu Emulator – Whatever be the reason for turning to them, emulators have provided a great gaming experience that is close to the real thing, albeit not as perfect. But now Yuzu’s developers, a Nintendo Switch emulator for the PC, have released an update where games like Super Mario Odyssey can run at full 60 frames per second, just like the performance of the actual Switch hardware.

Sega Genesis or Super Nintendo which are older consoles relied on processors and chips with great processing speeds. They were even involved in simulating such classic games to run flawlessly through the emulator’s CPU. That is why the emulated experience fails to recreate a perfect experience.

Most common issues with them are frame rate issues or peculiar sound artefacts popping up. Because of these reasons companies like Analogue build physical hardware to emulate the exact flawless behaviour of those old processors. But these retro consoles like Mega Sg are highly-priced at $190 while most software emulators are downloadable for free and with that, gamers are mostly ready to deal with a few compromises.

However, things are a bit different for modern consoles. The custom chips they use are based on the same graphics card architecture and CPU as found in PCs which betters the performance of emulated games. Though there are still gaps in the gaming experience you get from Software emulators as compared to consoles like Switch, as per the latest update  they are getting real close. We tried and found the latest Yuzu release to be quite impressive. Through most of the part of Super Mario Odyssey, Yuzu was able to spit out a frame rate of 60 frames per second, though frame rates did drop a bit in some of the more complex levels of the game. Even the worst performance in this game was better than the emulator’s previous best. It showed the same performance boost with the Switch game Pokémon Let’s Go.

Considering Yuzu was initially only able to play Super Mario Odyssey till last July, it is quite an accomplishment for it to match actual Switch’s performance just one year later. But the emulator still needs to be optimized and tweaked for every switch game that it needs to support, which can be a tedious and time-consuming process. If you are really hungry to play the latest and greatest from Nintendo without much wait, then you would need to shell out $200 on the Switch Lite and get started with it, rather than hoping that your PC will have the necessary horsepower to fake it. Creators of Citra have built yuzu as an experimental open-source emulator for the Nintendo Switch.

The language used is C++ for better portability and builds have been actively maintained for Windows and Linux. Boxcar is the network service used by Yuzu which is a replacement for Nintendo’s BCAT dynamic content network. It has a resolution rescaling feature to simulate docking, undocking and beyond-native resolutions.

The Yuzu team made an announcement on May 9, 2020, about an update that included experimental multi-core CPU emulation.

Some of the games that functions with minor graphical or audio glitches:

Some of the games that work flawlessly with no audio or graphical glitches. These were all tested and showed satisfactory performance without any workarounds – 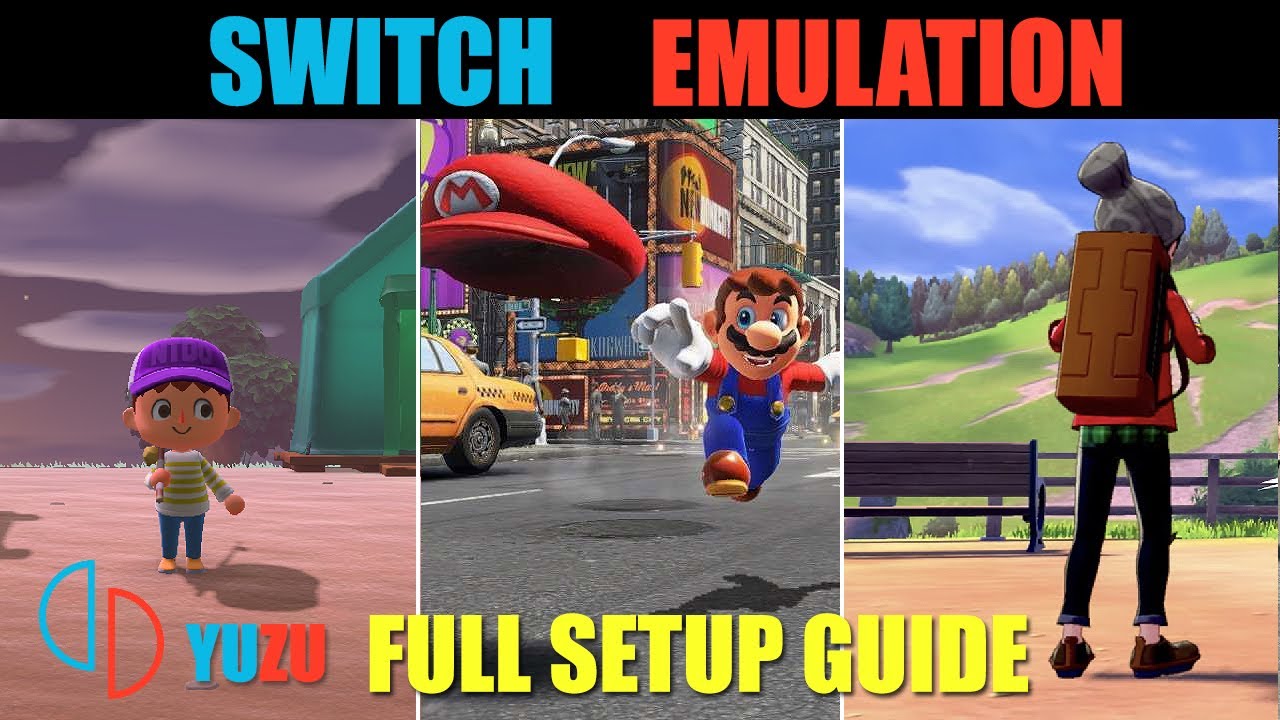 Q: What games can I play on Yuzu run?

Q: Do I require a switch to use Yuzu?

A: Yes indeed a Switch is needed to run Yuzu that doesn’t remove the purpose of an emulator. We may not find features like higher resolution. However a custom controller support, unlimited game speed, game modding are implemented.

Q: What format does Yuzu use?

A: Yuzu uses an NSP file that may include the game ROM, game updates, . JPG game icon, and game metadata.

Q: Can I play online with a yuzu emulator?

A: No! There is no in-built online support available for Yuzu.

Q: Can I play Pokemon Sword on Yuzu?

A: Yes! You can play the full version of Pokemon Sword on the Yuzu Switch Emulator.

Q: Where does  yuzu save files?

A: Files are saved at Yuzu’s user directory.

Q: How to load a save file on Yuzu?

A: Simply right click the game available in the yuzu game browser. Click on open save data location.