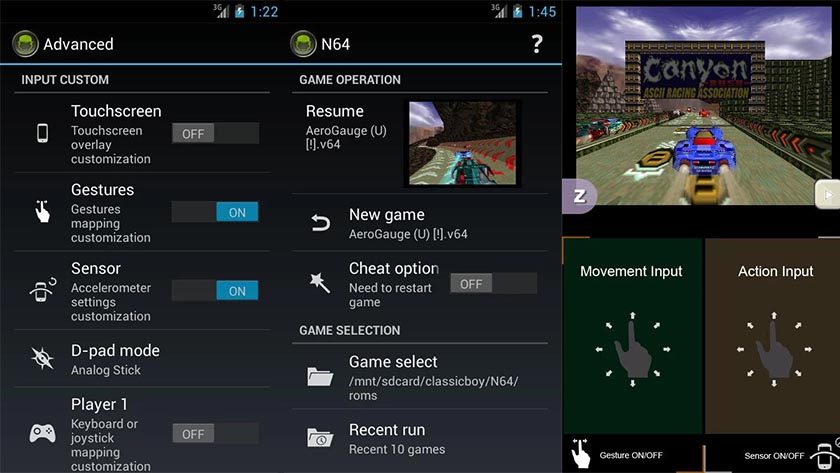 Nintendo 64 Emulator – Nintendo put its best foot forward with the release of N64 in the middle of 1996. In the field of next-gen consoles, N64 was Nintendo’s frontrunner. It was much more powerful than Sega’s Saturn or Sony’s Playstation but its sale always lagged.

This happened because Nintendo showcased the USP of this console as its fast-loading cartridge system and the inconsequential fact that it had a 64-bit architecture. But people were not interested in these features. They went for in-game movie sequences, CD media with high capacity, and pre-recorded soundtracks rather than machine’s pipeline size.

Games like Final Fantasy series required media-rich content which PlayStation was able to provide, but not N64. Hence developers chose the PlayStation for their titles. N64 could not win over the masses despite its hardware’s capabilities for classics like the late Perfect Dark and Goldeneye.

It is easy to get a working N64 but finding its cartridges at an affordable price is tricky. That is why it is easiest to play N64 games with the use of emulators.

The good thing is that the system is well-emulated which lets us play many well-known games like Zelda, Goldeneye, and Turok.  You need a pretty modern system and a graphics card which is 3D accelerated in order to emulate the system (onboard graphics won’t suffice). You could obtain game ROMs from ripped cartridges in several sizes (5MB-70MB)

N64 was a class of its own and one of the last breed of consoles that used cartridges and had some legendary games like Perfect Dark, Pokemon Stadium, Legend of Zelda: Ocarina of Time, Fable, and 007 Goldeneye. These classics can now be played on android devices. We will now quickly go through some of the top few N64 emulators for Android.

One thing to note here is that these emulators are not much different from each other since they are all based on the Mupen64 open-source project. You would only find minor differences in their unique features, degree of stability, and the different sets of games each can play.

ClassicBoy is one of the good emulators that can be used for multiple systems. It supports SNK NeoGeo, Playstation, most Game Boy systems till Advance, NES, and N64. It has separate features for each of these platforms along with a set that works on the entire range of platforms. To name some of those features; gesture controls, save & load states, and sensor support. The N64 emulator has a few stability issues, otherwise, it works fine. A good thing is that it can be tried before buying.

If you want a free and open-source emulator for N64, then go for Mupen64. It is a good option with basic features of an emulator and fairly good compatibility, along with some other features. Most developers use this as a base so you can imagine what kind of experience it promises. Its updates for mobiles aren’t available anymore. But if you search in Google Play Store for Mupen64, there will be quite a few Nintendo 64 emulators that use Mupen64’s code. One can choose its $0.99 version to support development.

Mupen64Plus FZ is a recently developed emulator for N64. It is not a very convenient emulator to use with its tons of video profiles, files, and many such things. Some profile setup works with some games but not with others. But most of the games can be run with this one with a bit of playing around. In its Google play description, there is a link setup by the developer which serves as a good guide. On the other hand, it comes with many plug-ins along with general emulator stuff. This is the first one in our recommendation list as unlike many emulators, it gets updated regularly.

This specific version of the emulator is designed primarily for mobile devices. Though it is a little cumbersome to set up, once you cross that hurdle it is undoubtedly the best N64 emulator for Android. It has all the plug-ins you could ever want to install with a download option in the front-end GUI.

The next one on the list is another open-source emulator and is one of the best N64 emulators we have today. RetroArch supports a host of features including auto-scan for save files, remap controls, save and load states, load cheat codes, and more. Gamers can download cores that work as system emulators. Though it is slightly difficult to use, it will not disappoint you once you get used to it. Believe us, we were impressed to know about its functions. There are over 80 things this amazing emulator can do. The only drawback is that it may take a bit to get everything working.

The fifth one on the list is quite a decent N64 emulator. Tendo64 supports approximately 20 languages and comes with a host of amazing features including cheats, multiplayer support, save and load states, and a customizable button layout. The list of features did surprise us, but the main drawback did disappoint us. It hasn’t been updated since 2017.

Nintendo 64 emulator is popular not just for Android but PC as well. Here are the top 2 emulators preferred for Windows systems.

Project64 is an easy to use Nintendo 64 emulator for PC. It is one of the popular emulators for its plethora of features. It allows you to play with USB controllers, there are save states and lets you play with high-resolution textures. It is an open-source emulator and is under constant development for making it a smooth emulator.

With the latest version of Project64, you need not install additional audio/video plugins for certain games. Eg: You need not download the Glide64 video plugin separately. The only drawback we found is with the inconsistent audio.

The development team has been working on introducing this emulator for other systems. However, there has not been any success so far. Nevertheless, if you are looking for an emulator with a clean interface that is compatible with most of the N64 games, Project64 can be a good choice.

Unlike Project64, the next emulator on this list is available for Mac, Android, Linux including Windows. Another notable difference is this one is not easy to use as Project64. However, it does deliver a better audio experience. Further, Mupen64Plus comes as a savior if you are facing issues playing a few games on Project64.

Gamers need to note that Mupen64Plus lacks a user interface and you will need to boot up ROMs through the command line. Additionally, one can add a front-end user interface. This can be done by downloading an additional plug-in such as M64Py. Overall we think, Mupen64Plus is worth giving a try.

While each emulator plays its part, we think as a gamer you can try them as per your preference. Some may perform well, while others may show a few performance issues. But this must not stop you from given at least a try.