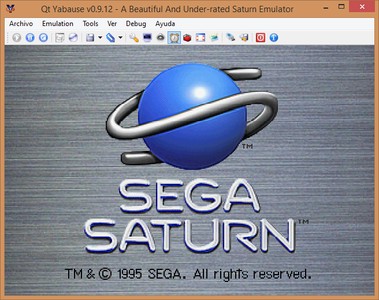 Sega Saturn Emulator – SEGA Saturn was the first of its kind system with a built-in CD-ROM unit. It soon locked horns with Sony’s PlayStation. This affected its sales on a global scale.

Japan launched SEGA Saturn, a 32-bit, 5th generation console on 22nd November 1994. The US launched it on 11th May 1995. The retail price of SEGA Saturn was $399.99. It comprised of two Hitachi SH-2 CPUs at 28.6 MHz. Also, it consisted of VDP1 GPU and VDP2 GPU. ST-V or SEGA Titan Video uses the same hardware. However, the sound system, game storage, and RAM are different.

There has been a lack of viable options in SEGA Saturn, and it has been one of the most difficult consoles to emulate. Saturn had technically impressive hardware during the time of its release in Japan. But it’s complicated design with 2 CPUs and six processors made the emulator quite messy.

Earlier, this had been one of the most popular emulators across the users. It was known for its top-notch performance. But at present, it has become a closed source. SSF is available for Android as well as Windows. It is capable of delivering considerably good performance and works well in mid-end computers. To read disc images, it either needs an external virtual drive or a specific loader. Close and restart the emulator whenever you modify the options for them to take effect. It also has a drag & Drop Loader.

Popularly known as My Emulator Doesn’t Need AFrickin’ Excellent Name, this is at present the best SEGA Saturn emulator, and it runs from the command line. Talking of compatibility, it supports only the BIOS console. Currently, it is one of the most demanded emulators. In case you are unaware of command lines, you can try the available front-ends.

This is again, a highly popular, performance-driven emulator. Many users prefer to choose this emulator over any other option. It does Saturn emulation in an exceptionally good manner. However, it is less developed when we compare it with SSF. It was launched in the year 1989. The sound, as well as the animation quality that it offers, is quite good. James Ponder originally came up with this emulator, and later on, Richard Banister modified it for Mac OS. The speed and accuracy level it exhibits make it one of the top emulators.

This is an exceedingly good emulator for Windows. Its fast pace makes it all the more demanding. This emulator is quite easy and straight forward to use. It is also capable of emulating SEGA Titan video arcade hardware.

This is another highly acclaimed SEGA Saturn emulators. It is compatible with Windows. Although its performance quality may vary, yet it is quite in demand among the users.

How to Emulate the Sega Saturn on Windows

Honestly, emulating Sega Saturn is not easy. Initially, the only way to emulate was through Sega’s commercial emulation software. In the later years, we saw SSF emulator making its way. However, the documents were available in Japanese. Here’s a step by step process to guide you.

Step 4: Give the emulator a CD drive to read from.

Note: This option will appear on the first tab of the Options menu under ‘CD Drive.’

Step 5: Select Reset from the Hardware menu after mock-inserting a CD.

Note that SSF doesn’t support ISOs natively. Hence, you may fake a CD drive to use a disc image. You must know that burning an actual game CD won’t make things any easier.