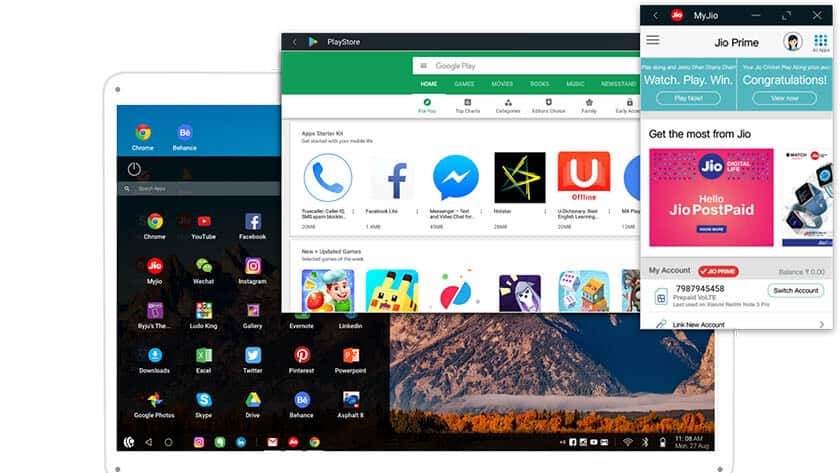 Android emulators use a lot of User’s computer resources when running Android phone applications on mac.

The Specifications, as well as the other functionalities of MAC Emulator, are the same as Android Emulator.

About Android Emulator for MAC The android emulator provides most of all of the properties and functionalities of the original Android device.

Users can access phone calls and messages, identify and locate the address of the device, determine different network speeds, determine rotation and other hardware sensors; users can also use the Play Store and plenty of android applications.

There are lightweight Android emulators also available in the market that is Nox Application Player, on macOS user can run the oldest Bluestacks which works quite smooth.

It is safe to use an Android emulator system; it is suggested by Android SDK Applications. There are some emulators available which support the macOS that is RetroArch, PPSSPP, ScummVM, DeSmuME, DosBox, PS3 Emulator for mac, ios Emulator iPadian for mac.

The Bluestacks, Nox, and Nox Application Emulators are run fast on macOS.

How to Install an Android emulator on macOS?

To install the android emulator on at first downloads the Android SDK. After downloading, it will come in zip format then extract it into the newly created folder.

Then add the system path. This is the optional step. To add the path command line is useful as the User just needs to add the path where you store the android emulator paths.

After that, users need to install the android platforms on macOS run the android command, which is located in the tools folder of the SDK. For that use terminal.app on a Mac. Then select the available packages and choose some platform versions and install them.

After download the format creates a virtual device for that go to android tool click on virtual devices on the left as well as then clicks on new. After that, once the User creates the AVD file, it should show up in the listing of AVD.

Then open and run the emulator. Select the virtual device or program you created recently and click on the start button on the right side, and after that, the android emulator should start.

How to Use Android Emulator in mac?

To use the Android Emulator on mac, the User needs to start the Android SDK Manager, which is an installed platform. For that in mac, select the android platform then go to all programs Embarcadero RAD Studio and that select the Android tools from mac.

In the Android SDK Manager platform, User needs to click on the Tools selection menu and then select the Manage AVDs.

The last is in the Android Virtual Device Manager select and click the emulator and then click on start to start the emulator on mac.

Users can also create an android emulator with the help of different methods on mac.

Specifications of Android Emulator for MAC

The specification of the android emulator of mac is CPU must be Intel i5 8400, the RAM capacity requires 16 GB, NVidia GeForce GTX 1050 Graphics Card suggested and operating system is macOS.

Features of Android Emulators for MAC

The Android Emulators of mac are provided the support to the latest programming language that is Kotlin.

The Android emulator of mac provides the android profiler that is memory, networking as well as CPU.

The Android emulators of mac have wi-fi support, Google cast support, Drag and Drop Applications, and files. Users can copy-paste messages or cheat sheets between the Android Emulator and the other development machine.

Android emulators of mac have the network proxy support, window resizing, screen zooming, virtual SMS as well as phone calls. It has a bug report facility, which as the same as windows.

As getting this information, the basic concept is clear that we can install the Android Emulator on macOS, and there are several platforms also available to provide the pudginess for macOS. (Best Android Emulator for Mac)