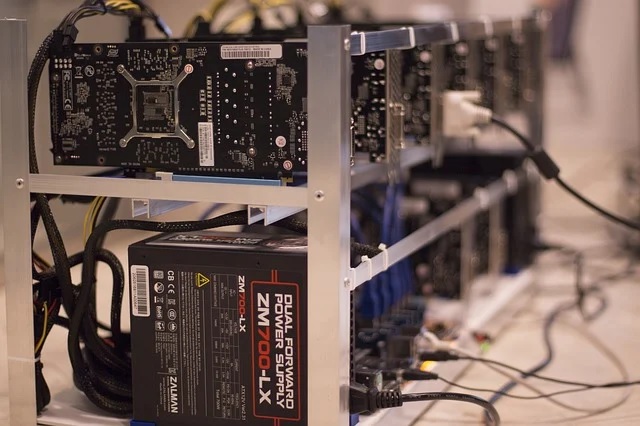 Even if mining has changed a lot in the past few years, it is still profitable and relatively easy to manage because there is a lot of information online now. In the past, people were experimenting more and they used all sorts of equipment to try to get the best hash rate but now some have specially made hardware for it.

The number of cryptocurrencies on the market is increasing every day and you might get overwhelmed with the number of options you have. But, you should follow what professionals think will bring the biggest profits or try your luck with a certain coin. The best choice would a currency that many exchange platforms support, long-term use, and the option to withdraw to fiat.

At a certain point, you will need to sell the coins for fiat currency which means that it needs to be supported on an exchange platform. A good thing is that there are many but only the minority can be considered as great because of the services they provide. A great platform will have as many cryptocurrencies as possible, low fees, and they should be fast.

There is always an option for anything you mine but in the worst case you will end up paying a big fee. If mining is allowed in your country, you should focus on what they are promoting and what they think is useful. Usually, third-world countries have the best deals and even ATMs and have the biggest profits. Don’t try setting up a rig if it’s illegal so you won’t end up in trouble.

Always think about the long-term possibilities of a certain coin because you’ll never know what changes will be made legally but there is a bright future for crypto. Also, think about the mining equipment that can handle long-term use. Some products can wear out quickly when they work 24/7 without proper care.

If the one you chose doesn’t have an option to withdraw to fiat, always change it to Bitcoin or Ethereum because they are the safest alternative and every exchange platform offers withdrawal of these two currencies. To find out more, check this website.

One term you will hear a lot is the hash rate which can be described as the rate of guesses to create a block. In plain terms, it shows the miner’s performance. GPU, graphic processing, or your graphic card does a better job than CPU which is your processor. Another important thing is the Application-Specific Integrated Circuit or ASIC which is a specially designed chip for mining but consumes a lot of power.

A rig is a set of GPUs or CPUs that are working together on creating a block from the blockchain from a certain coin. It’s meant to increase the hash rate which means that the system can do more calculations.

Proof of Work is probably the most important part of the system because it doesn’t allow any cheating in the crypto network. It represents the process of guessing the hash and it’s also used for securing transactions.

We will skip Bitcoin and Ethereum because they are harder to mine and it can get very expensive unless you are willing to invest tens of thousands of dollars. You can make some profits with a smaller investment but there are better choices than these two. For example, Litecoin is a licensed open-source project established in 2011.

It works on the same principle as Bitcoin and the idea was that there will be more cryptos running the market compare to the real world where every country has its own currency. One of the advantages it has is that it doesn’t require ASIC chips so you can use any GPU.

It’s not a meme coin and it’s on the market for a while which brings a lot of support. You can exchange it on almost every platform and it’s a high-speed coin so you won’t have issues with the transactions.

Like Litecoi, Ethereum Classic is trying to mimic the original Ethereum blockchain. It started in 2016 and the current market cap is around $6.5 billion. Cryptocompare is one of the best platforms to check these stats and based on them it is in the top 30 coins.

It’s great to be in the top 100 list but it doesn’t mean anything because a meme coin can end up in the top 10 list like Shiba Inu or DogeCoin. You can start mining it just by setting up a wallet and buying a graphic card. Since its launch, there has been an ROI of 550% and the current price is $50.

The only reason why this crypto has gained such success is that the biggest exchange platform made it. Binance is probably the number one exchange platform in the world but it only operated for the last 4 years. They have a great team that previously worked on high-frequency trading. It’s in the top ten list sitting at around $500 and a market cap of $97 billion.

You can try this crypto because is among the safest options and it’s very easy to make transactions or trade with it. The platform offers many benefits when you use it so you will have an advantage compared to new currencies.

People may think that Shiba Inu is something you can make fun of and they are partially right. But when you think about it, a meme coin happened to be among the top tier cryptocurrencies having a market cap of $28 billion. Even if they can crash at any moment and are risky compared to Ethereum, there is a big chance people will make it even bigger.

A great example is the tweets that made this coin famous and which make people start pouring money into it. But, you can also mine it even with an old laptop. It doesn’t mean you should do it but it explains how easy it is to manage. The downside is that it won’t reach even a dollar but it can go up a lot.