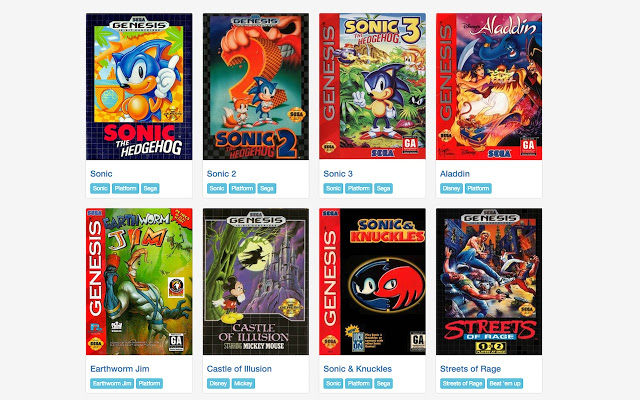 Sega Genesis Emulator – The Sega Genesis was one of the appreciated 16-bit systems. Since Sega was not able to get the trademark in the US, the unit was named as Genesis there. Further, the Genesis had two additions: a CD-ROM drive known as Mega CDand a 32-bit extension known as 32X. You must also know that Sega Master System converter was also released that allowed it’s games to be used on the Genesis.

ClassicBoyis an all-in-one type of emulator that smoothly supports SEGA Genesis. It has positive reviews and works pretty well. If you are looking for something more than just SEGA Genesis emulators, go for ClassicBoy. We suggest you first try out the free version before you buy the premium version.

MasterEmu is a new emulator on the block by a new developer. This Sega emulator comes with Master Drive and Game Gear support. Since it is new, you may encounter minor bugs. However, we see that it has the potential to be better and emerge as one of the best Sega emulators.

MD.emuis an open-source emulator and is said to be one of the best solutions for SEGA Genesis emulators. It works well with SEGA Genesis/Mega Drive games. It also works great with others that makes it the most versatile emulator.

Retroarch is an open-source multi-emulator app that supports many systems. It supports Game Gear, Master Drive, Sega CD, Genesis, and 32X in total, making it work well for all of your needs. The only drawback is the know-how. You may take some time to understand how it works.

SAGA launched various old official games on Google Play, including streets of Rage, Altered Beast, Gunstar Heroes, Sonic the Hedgehog, VectorMan, and many others. This is quite a nice way to support the retro gaming community. You must check them out on Google Play. Some of them do not even need an emulator.

All of the SEGA Genesis emulators are available for free. The premium versions are available at a reasonable cost. All of them work seamlessly great. The best one on the block is MD.emu.