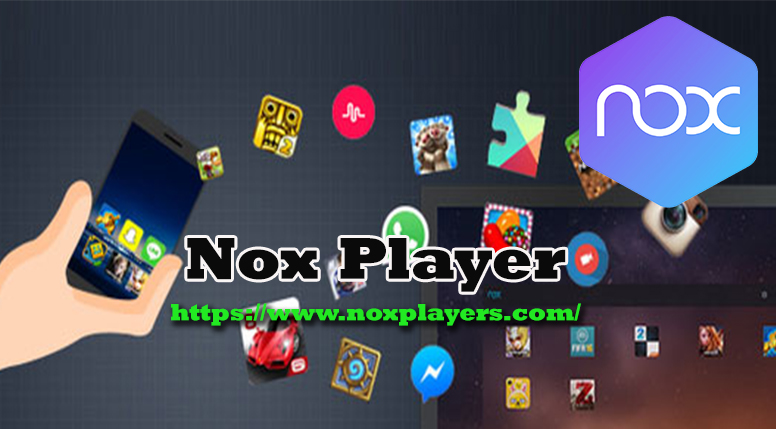 If you want to play Android games on your PC, you may be looking for a free emulator. Nox Player is one emulator that is free to download and install on your computer. It supports multiple instances and keyboard and gamepad controls. Furthermore, it requires less RAM than other emulators, such as BlueStacks. Download Nox app is now available. For that, you can follow the link here.

If you’re looking for a free Android emulator, you’ve come to the right place. Nox is a versatile program that can open any game you want. The only drawback is that it occasionally crashes if you’re playing a high-end game or one that uses a lot of CPU. Other than that, Nox is a highly reliable emulator.

It is designed to run several Android instances simultaneously, which makes real-time multitasking possible. Another unique feature of this free Android emulator is its video recording feature. It lets you record gameplay and save it to your computer. It also has customizable controls and can run ANY Android app.

Another great feature of Nox is its ease of use. Users will find it easy to use and download games and apps. Most popular android apps and games are available for direct download. Nox also supports many third-party controllers, including joysticks and other gamepads. You can install Nox online or offline. Once the installation is complete, you’ll see an icon on your desktop. Playing the best offline Android games is a terrific way to pass the time without paying too much attention to anything.

Nox App Player also includes a macro recorder to capture the actions of users. This feature helps you to save time by recording your repetitive tasks. It also enables you to switch between different apps with a single click. The macro recorder can also be used for recording videos. In addition, it also has a theme center that makes the app more customizable.

Nox App Player allows users to run Android apps on their computers. The emulator supports many popular Android titles, high FPS, gamepad support, and other valuable features. It is also easy to set up and offers guarantees. When you download Nox App Player, you’ll have a hassle-free experience with your Android apps and games. It also supports GPS-based games, such as Pokemon Go and Ingress.

Nox App Player is an Android emulator that supports Windows XP and 10. It emulates the Android 4.4.2 kernel and Google Play, and it supports Bluetooth controllers for some games. It also supports up to 4 game accounts. Another great feature of Nox App Player is its keyboard mapping. You can use traditional WASD keys to control games or other keys to navigate through the emulator.

It supports a keyboard, gamepad, script recording, and multiple instances

Nox Player is a powerful media player for Android that supports a keyboard, gamepad, script recording, and various models. It supports Android 7 and can run on X86 and AMD processors. It’s free to download and has a sturdy design. It competes favorably with other players such as LDPlayer and MeMU.

It’s popular with gamers worldwide and works on Windows, Mac, and Android. It has more than 150 million users and is Asia’s top Android game emulator. The company is currently working on an upgraded version with premium features. Script recording, gamepad, and multiple instances are just a few of the features that make it a top choice for many gamers on mobile phones; want to know how long is a basketball game? And the total time of the match becomes 80 minutes (without a break).

NoxPlayer can sometimes run into technical problems, so updating your graphics card’s driver is essential. Thankfully, this is a simple task. You can use automatic driver update software if you’re unsure how to do it.

It uses less RAM than BlueStacks.

The difference between Nox Player and BlueStacks is not a huge one. Both programs are fast, but BlueStacks has better hardware support and more innovative features. Nox is still behind BlueStacks in development, but it is making headway in its minimalist approach to mobile gaming.

While the BlueStacks has a more elaborate UI and advanced features, the program is significantly more extensive and requires a higher RAM and CPU. Nox is much easier to use and has a more natural and minimalist interface. BlueStacks requires a minimum of 2GB RAM, while Nox only needs 1GB. Nox has a lighter feel and is faster when installed.

When installing the BlueStacks app, you must select a folder on your computer. You should find the installer in this folder. It will look like BlueStacksInstaller(versionnumber).dmg. Once you’ve chosen the file, you should see a window with a blue colored button in the center. Then, click on the ‘Continue’ option to accept the terms of service.

Nox Player uses less RAM than BlueStack but provides many of the same features. It has a more intuitive UI, making it easier for new users to navigate. It also has gesture keymapping capabilities, which allow you to assign different gestures to keyboard keys.

If you’re looking for a virtual Android device that runs faster than BlueStacks, try NoxPlayer. Both apps use less RAM than BlueStacks and are compatible with 8GB of RAM. Compared to BlueStacks, Nox is 100 MB lighter.

BlueStacks is the most popular Android emulator, but Nox Player has several advantages over BlueStacks. It claims to run six times faster than a standard Android device, which is a massive advantage for any mobile user. In addition, it has a vast game library that includes over 2M apps. It also offers Game Controls, allowing users to control the games using their keyboard and mouse. It also supports multi-instance, which lets users run two instances of a particular app simultaneously.