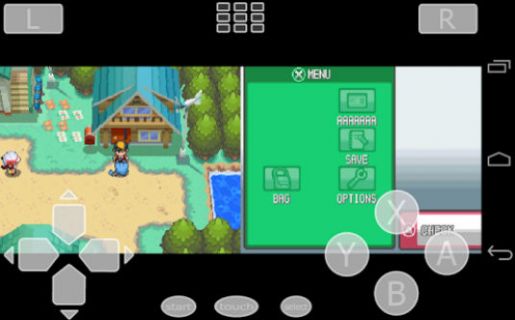 NDS Emulator – Nintendo released its most recent handheld system, Nintendo DS, in 2004, which was the first of its kind to have dual screens. In 2006, it was released to an improved version called “DS lite,” where “lite” indicates smaller size, brighter screen, and lesser weight. It has retained all its features from the original version.

Nintendo DS stands to be the favorite handheld console of all time. It shares the spot in iconic value as that of the PSP and the Game Boy. It has some excellent games for the system, and having your games on your phone is much easier than carrying a separate device to play them.

DraStic DS Emulator is hands down the best Nintendo DS emulator available as of now. When we tested, it was able to play almost all the games we threw at it, with good performance. There were a few who did not work right with this emulator. It is equipped with a hoard of features like customization of controller and screen layout, fast forward, hardware controllers, and Google drive support. If you have a high-end device, then you can also choose better graphics rendering characteristics. We would recommend this first as it is also cheap at 4.99 USD.

Mudbox emulator came out recently, and it has a bunch of compatible systems like SNES, Playstation, and Nintendo DS. This emulator with material design looks good and also works fine. Our testing did not find any significant problems with playing games. Too many cheat codes have given rise to some issues and bugs for some, but they have mostly received positive reviews on Google Play. It has many advertisements since it is a free emulator, so we are hoping for a Pro version to come out soon, which will not have any ads.

NDS is amongst the newer Nintendo DS emulators. It includes all the necessary features like load states, support for an external controller, customizing on-screen gamepads, and save states. We could play most of the games while testing. But it is a long way from being perfect with some bugs as well. But it could surely count as one of the better Nintendo DS emulators which are available for free. There are some annoying ads also for which we wanted to find a way to remove. Though not the first one we recommend, it definitely has a spot in the top 5.

nds4droid Nintendo DS emulators have been there for a long time. It is open-source, but it hasn’t received any update for quite some time. So it can be used by the developers as a base to create their emulators. It is okay as an emulator, but with some issues like slower emulation. You could mitigate this issue by choosing the frameskip option. One good thing about it is despite being free; there are no advertisements and no in-app purchases. If it works for you, then it could be a good starting point.

RetroArch can be deemed as an all-in-one emulator that is in active development right now. A range of systems is supported by it, for example, Game Boy and GameBoy Advance, Nintendo DS, SNES, and a plethora of non-Nintendo systems. Each system needs to be downloaded and installed within the app, which means after downloading this, you need to grab Nintendo DS core to play games finally. It has all the basic features but not the easiest emulator to use. But to its credit, it is free with no annoying advertisements or in-app purchases.

Malone tops the list in DS emulators for PC, owing to its enormous popularity in the Nintendo DS Gaming community. What separates it from the rest are its superb features like 3D upscaling, local multiplayer, OpenGL renderer, joystick support, and online connectivity. By utilizing your system’s hardware capabilities, MelonDS makes Nintendo DS emulation very fast and accurate. You also get almost pixel-perfect 2D & 3 D rendering with this emulator. You get constant support from the developers of this system who update it regularly and actively fix bugs. Another remarkable feature you would find with this emulator is that you can save progress whenever you want to. You can see live FPS while playing games using the Melon DS. Right now, Melon DS is available for Linux and Windows. It is an open-source and completely free emulator, devoid of annoying advertisements.

An ideal alternative to MelonDS could be DeSmuME, which is another popular Nintendo DS. Those who understand emulators know that it is quite similar to DeSmuME and MelonDS emulators allowing gamers to enjoy exclusive DS titles at maximum graphics.

No$GBANo$GBA is for those who are using a low configuration system. It supports cheat code support, running Nintendo DS homebrew, joystick support, and save state option. Additionally, you can run commercial GameBoy Advance ROMs on No$GBA. However, you will not be able to play multiplayer titles on No$GBA. It is compatible with Windows 10, Windows XP, and MS-DOS computer systems.

So bring those olden games back to life! While emulators have come in as a great technology to relive the time of Nintendo DS, gamers do not find issues playing Nintendo DS games on their phones.