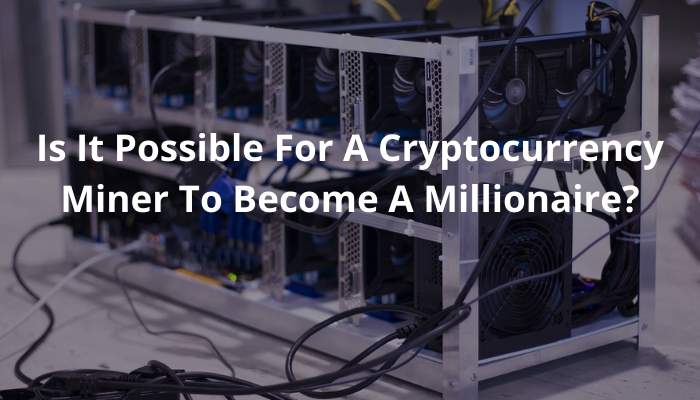 People holding large quantities of Bitcoin (BTC) may feel proud of their digital assets! Crypto exchange platforms has already reached the trillion class, across the globe. It follows, therefore, that the mining of Bitcoin has aroused a huge amount of interest. People feel that even if mining is an expensive process, the ultimate rewards will make up for it.

All about Bitcoin Mining

Mining refers to the methodology of bringing new Bitcoins into circulation. As per the company’s protocol, its mining is capped at 21 million coins. In recent years, Bitcoin mining has become a highly competitive arena.

The Bitcoin blockchain is a public ledger, a giant-sized one. It notes down every transaction that goes through. The miners or Bitcoin users make this possible, by verifying every single transaction that takes place on the blockchain.

A mathematical proof-of-work is possible via the trial of billions of calculations every second. It is a complex problem. However, when the solution is available, it indicates that the transaction may undergo confirmation. In other words, the blockchain may add it.

Excessive mining leads to a drop in the availability of new Bitcoins. Therefore, the company ensures that the number of BTC released gradually diminishes. The experts call it, Bitcoin halving. In other words, the rewards keep dropping too, accordingly.

Bitcoin mining demands the creation of specialized machines. These machines are specifically tuned to mine cryptocurrencies. However, they consume huge amounts of energy. Furthermore, they require spacious houses and cooling systems. Miners need access to large amounts of electricity too. After all, they work 24 x 7.

Many miners are opting to join a mining pool, due to the heavy competition prevailing in individual mining activities. Smaller miners are more eager, for they earn some profits at least.

All the members of the pool bring their resources together. When the team becomes eligible for a reward, it is split up among all the members. Each member gets a reward amount in proportion to the amount of hashtag/computing power that he/she contributed.

The owners of mining pools also charge fees for maintaining their respective teams. Every mining pool has its own structure.

What considerations are important when joining a mining pool?

However, the distribution amongst so many members, indicates that each one gets a small amount. In contrast, smaller pools work less frequently, but individual members gain larger profits.

Earlier, an average desktop PC or laptop was sufficient to tackle Bitcoin mining. The computer-processing unit or CPU merely treated it as another function to perform.

However, the calculations are not so simple now. With more people joining the mining gang, blockchains have been forced to make entries to mining and garnering profits, difficult/complex. Modern miners must utilize ASIC (Application Specific Integrated Circuit) machines for mining Bitcoin. They are advanced technologies.

Another aspect is that old machines become obsolete, as new hardware appears on the scene. Therefore, mining technologies are constantly evolving. They are also expensive to use.

Anyone wishing to go in for individual Bitcoin mining, must keep these aspects in mind.

It all depends upon the amount of hashtag power in evidence. If the power is greater, it will be easier to mine a whole Bitcoin quickly. The reward will arrive in the form of newly-mined Bitcoins.

If the problem is not so complex, then finding the block should prove to be faster.