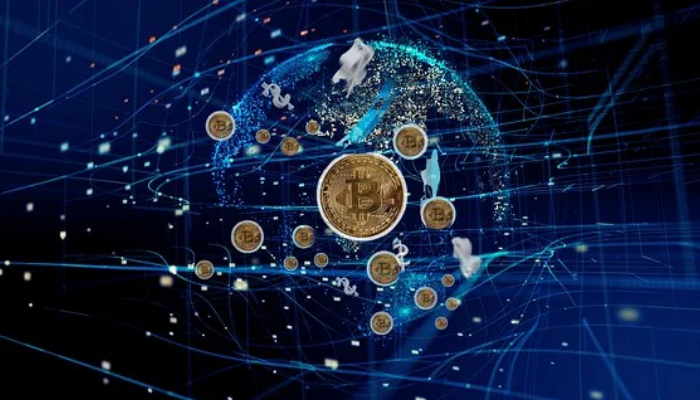 Let’s discuss these most used terminologies in the crypto world and know the difference.

Blockchain is the decentralized finance technology that allows information to be stored in the form of blocks of data that are then arranged in a chain of blocks, that’s where it got its name from.

A cryptocurrency is one of the most recognized ways to implement a blockchain network. Blockchain is a decentralized finance network that records transactions. Bitcoin is the most famous and well-known example of a cryptocurrency besides other digital currencies.

There are other cryptocurrency examples as well in the market, such as Ethereum, dogecoin, Shiba Inu, etc, but Bitcoin has become synonymous with the word cryptocurrency.

One of the best things being counted as its advantages is that it is safe and is not subject to fraud in operations. All participants have access to the transactions and a consensus of all is needed to modify them. This builds trust in business, something that until now has been difficult to achieve online. Also, being a public trading blockchain protects the security of transactions as everyone has access to a single, shared source of trust.

Another good thing about blockchain is being able to carry out an economic transaction from country to country in a time of between five and ten minutes.

BLOCKCHAIN IN THE FINANCIAL SECTOR

This technology is already being applied in many sectors, but those who are currently exploiting it the most are banks. Several studies confirmed at the time that several banks and financial institutions are introducing Blockchain solutions and technologies. It is expected that in near future many global companies will integrate this technology. In reality, what banks are pursuing is to implement technologies to be able to eliminate intermediaries and distrust in transactions.

Several well-known banks around the world have recognized cryptocurrency as an important source of investment in Blockchain technology. They are beginning to install this system in their transactions, with the aim of improving the security of the processes and eliminating the costs involved in traditional transactions.

Small and medium-sized companies represent most of all the companies that make up the economy of any country. This fact demonstrates that SMEs are a fundamental pillar of the financial industry in our country, so all the technological innovations they develop will have a key impact on the current economic model.

Some analysts have reached the conclusion that most small company entrepreneurs assure that the turnover of their companies will increase and a very small number of small company entrepreneurs believe that sales will decrease. This happens, among other factors, because SMEs have detected the need to go through a digital transformation process and, therefore, to investigate ways to open new business models adapted to the digital age.

Some startups are leading the introduction of Blockchain technology. They use it as a method to decentralize the finance system and let users control their own movements, without the need for third-party intervention.

For example, Storj is a startup that has developed a beta version of a service that allows you to create a decentralized database, using Blockchain technology, to increase security. To understand it, it would be like cloud storage services, such as Dropbox or Google Drive, but, unlike them, in this case, there is no single provider that is responsible for the data that is stored.

Another possibility that Blockchain offers is the creation of Smart Contracts. It consists of automating business processes (payments, suppliers, supply…) through a virtual machine that stores and manages information. The machine becomes the person who talks to the suppliers and makes the payments.

More read about: What is Bitcoin?

As we can see, the development of Blockchain technology is still in an embryonic phase. But more and more companies detect their potential and the opportunity to welcome new business models, in a new financial environment.

In the future, we will see that this technology has the power to change our relationship with the digital and financial world.